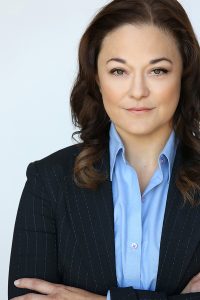 I am announcing my candidacy for Senator for the 4th District of WA State as an Independent.

My political ideology is that of a Liberal Libertarian. I am a combination of a blue collar democrat and an Eisenhower Republican. If you are “socially liberal and financially conservative” it’s close to the same idea although not as  pragmatic economically.

Although I lack traditional party support, I believe I am the most qualified to fight for relief in Olympia for our Washington families and small businesses while they clean up the mess in DC. Thirty-nine percent (39%) of Washingtonians identify most closely with independent ideology which is more than both democrats or republicans in this state which are about 33% each.

And It’s not just about qualifications and policy ideas. It’s that I believe I’m most like you.

Independent candidates like me are not the future of a party. We are the future of America. It is the path back to what was best about our past and what is most great about this nation.

When 55 Independent men sat and drafted the Constitution signed by 39 of them, they had many contradictions, but they served the law. They served what they thought was fair and right. These were men who understood history and favor. And because they knew they could be wrong, and there were some whoppers we are still healing from, they made the document malleable to grow to the current 27 Amendments long and beyond as we continue to correct our mistakes and shape this great nation.

Are you tired of rhetoric and party loyalty? Are you ready for some American loyalty?

Loyalty to the best ideas to move us forward. Allegiance not to party, but to policy that  provides relief, safety, security, liberty, fairness, and respect for Constitutional efficacy.

Of all of my strengths and weaknesses as a human being, I am at my best when I am in service to the public interest. It is where I excel.

It is my passion. And to do it fairly and ethically for you would be my greatest honor.

Vote for YOU this election.