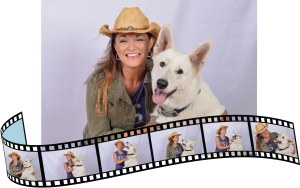 Ann Marie is a homegrown Washingtonian, with a deep dedication to our way of life. She grew up in a diverse working-class community. As a kid, Ann Marie demonstrated a talent for singing and was accepted into the Seattle Girls’ Choir. This opened doors for other artistic experiences, including singing in the children’s chorus in Puccini’s Turandot with the Seattle Opera.

It was around this time she became involved in community activism. At age 12 she signed up for a 24-hour dance-a-thon to support nuclear disarmament and got an advance on her allowance so she could join Greenpeace. 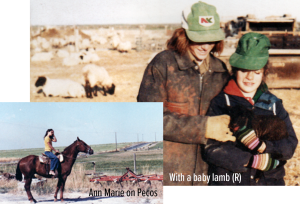 Born a city girl, she always looked forward to visiting her aunt and uncle’s ranch in rural Eastern Washington where she could ride her horse, Pecos Pete, and help her cousins with chores like changing hand lines and wheel lines, bucking alfalfa bales, mucking out stalls and herding. She especially enjoyed helping out during lambing season. The early opportunity to spend time in the country, get dirt under her fingernails (and on her jeans, boots, and face), became a defining experience for her. She was devastated when her aunt and uncle lost their ranch in 1981 and dismayed as she watched scores of small ranches & farms get eaten up by large Agribusiness corporations.

Reach for the stars, but always pause to help others when you can.

The very same corporations that now receive the majority of federal farm subsidies. Ann Marie is determined to make sure that no more Eastern Washington farming families have that same experience. She will work to reshape the system toward local, sustainable farming and revitalize farming communities to bring local food to our tables. Ann Marie attributes her “Old Fashioned” work ethic, commitment to finishing what she starts, and taking pride in a job well done, both to those formative years spent on the ranch and to the advice passed on by her working-class parents:

“Reach for the stars, but always pause to help others when you can.” 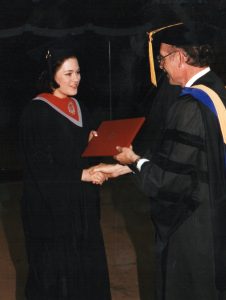 Ann Marie moved to Spokane when she was 16 and became a scholarship student at Saint George’s. For college, she attended Washington State University where she was in the honors program and majored in Broadcast Journalism. She sang in the honor choir as well as serving a one-year term as president of the WSU chapter of Amnesty International. She also became involved with WASHpirg and helped circulate petitions to eliminate CFCs (harmful chlorofluorocarbons). 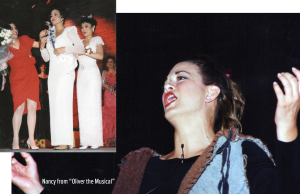 In 1994 Ann Marie represented Spokane in the Miss America Organization as Miss Spokane. At the Miss Washington competition, she won the “Washington Cares for Children Community Service Award” in part due to her platform  “Tolerance: Reducing Stereotypes by Celebrating Diversity”. She remains passionate about bringing people together who might normally be divided for lack of understanding. She later returned to the Miss Spokane program serving as a mentor and on the board as the organization’s Artistic Director. 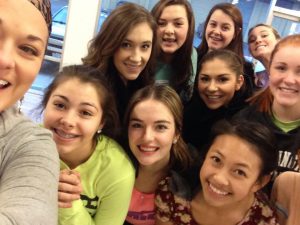 Her professional accomplishments are as varied as her life experience. After graduation, Ann Marie quickly transitioned 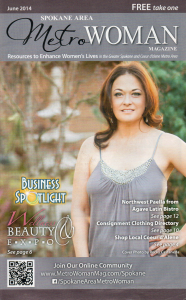 from Journalism to Marketing. Today, Ann Marie is a local small business owner, Executive Director of a non-profit she founded, and a community organizer. At the helm of her marketing and business development firm, Ann Marie takes a very holistic approach to business growth and specializes in creating symbiotic relationships between small businesses. From Plastic surgeons to Plumbers, she helps other small and medium businesses get the word out and thrive.

Ann Marie has organized and sponsored multiple community-focused events as well as volunteering her time with numerous non-profits, with a special focus on domestic abuse, rape victim recovery, LGBTQ+ equal rights, and the needs of children. She often lends her professional experience to help develop effective branding, marketing and fundraising strategies for non-profits as well as rolling up her sleeves and helping out on-site. She encourages her small business clients to adopt a special cause and helps them to develop that relationship. 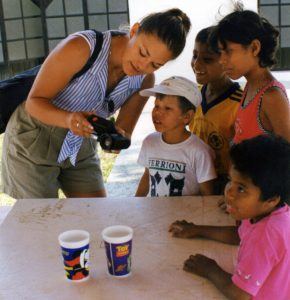 Some of the projects Ann Marie has worked on include organizing several fundraisers for the first domestic violence center in Jalisco, Mexico and recruiting multiple hotels to join a fundraising effort for the children’s charity, Eagle’s Wings, which increased donations six-fold in one year.

She’s currently involved with organizations supporting the houseless community in the Spokane area.

In her spare time, Ann Marie enjoys hanging with her dog, Savannah, cooking, working in her yard, and restoring her 1950 Chevy Pick Up.

For the last 35 years, Ann Marie has called Eastern Washington home. She spent several years living in California and Mexico for work and learned some valuable lessons about the challenges facing people from different areas. She ultimately returned home to help her elderly mother navigate the healthcare system. As a double transplant recipient, Ann Marie is no stranger herself to the issues created by our for-profit healthcare system and has spent countless hours inside hospital rooms undergoing medical procedures running the gamut from dialysis to dozens of surgeries. 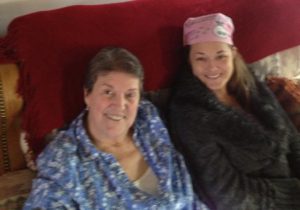 Her natural tenacity, sense of humor, and talent for problem-solving helped her not only to survive – but thrive. Ann Marie has been a healthcare advocate, support system, and source of encouragement for others facing similar ordeals. She has experienced and seen too much destruction caused by the greed in our system to remain silent in the face of this injustice and she is determined to champion a healthcare system with Universal coverage.

She views this knowledge as a responsibility; one that inspires her to work hard to protect and encourage our special corner of the world.

Through the many facets and challenges of her life experience, Ann Marie has come to know and understand the economics and people of our region in a way that runs deep. She views this knowledge as a responsibility; one that inspires her to work hard to protect and encourage our special corner of the world. A girl with a working-class background who had the opportunity to get a first-rate education and the benefit of many world travels under her belt, Ann Marie has never forgotten who she is or where her roots are planted. Ann Marie is a true representation of Eastern Washington; its independent spirit, pride in hard work, and devotion to family and community. She would be proud to bring these values with her to our Nation’s capital and represent ALL of the voices of Eastern Washington in the US House.